You are never to old to get an Eagle Medal wood plaque from American Plaque Company.
At age 95, Eagle Scout Cesar Castro Javier, Class of 1945, still has a sharp mind and happy demeanor. After he greeted Eagle Scout Jonathan Shaffer, Class of 2019, he said “I know you!” Then he reached for his April 2019 issue of the NESA Eagles’ Call magazine and showed Jonathan his photo on the ad for Eagle Medal plaques. “Wow I was surprised when he said he knew me!” laughed Jonathan.

Also joining the visit were Eagle Scout David Luay Johnson, Class of 2018, Eagle Scout Edgar J. LaBenne, Class of 1980 and Angelo V. Manarang.  The occasion was to present Cesar the BSA Alumni and Friends 75 Years Medal to Servicing Scouting Youth. For the record, he has been helping Scouting for 84 years!

Cesar Joined the BSA Troop 61 chartered to Holy Ghost Catholic Church in Manila, Philippines in 1935 as part of the Wolf Patrol (see photo). Cesar was among the initial Filipino boys who joined the Scouting program in the Philippines which at that time was being administered by the Philippine Islands Council (#545), Boy Scouts of America from 1923 to 1942 (disbanded because of WWII). Yes, the BSA had an active Council in the Philippines dating back to 1923. In fact, Cesar is the ONLY known surviving member of the Boy Scouts of America Philippine Islands Council. Records from BSA National show there were at least 163 Eagle Scouts from 1926 to 1945.

Despite passing his Eagle Board of Review in Dec 1941, the same month World War II broke out in the Pacific and the Japanese eventually occupied the Philippines and suspended Scouting operation nationwide. The invasion of the Philippines started on 8 Dec. 1941, ten hours after the attack on Pearl Harbor. Before the war, Scouts trained for emergency operations. During the war Cesar like many follow scouts became guerilla fighters and were being hunted by the Japanese. He vividly remembered how he dug a hole and buried his Scout uniform and the rest of his fellow Scouts as any uniforms outside of the Japanese Imperial Army uniforms were considered an enemy and will have them summon to Fort Santiago (one of the Japanese army’s headquarters). 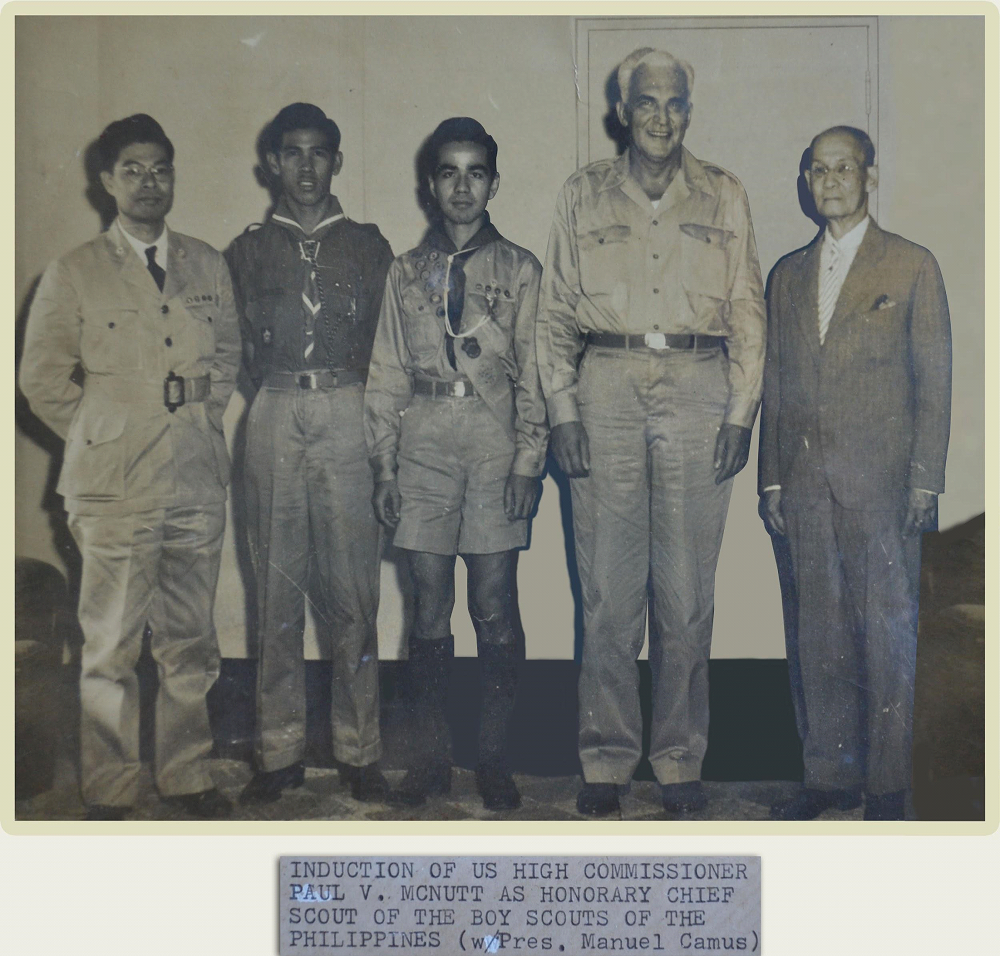 At the end of the war, the first BSP Chief Scout Executive at the time Mr. Exequiel Villacorta approved Eagle Scout on 21 Dec 1945 for Cesar Javier. Cesar waited four years for his Eagle Court of Honor (ECOH). Distinguished guests on his ECOH was Judge Manuel R. Camus, Chief Scout and President of the re-established Boy Scouts of the Philippines and Mr. Paul V. McNutt, the last US High

Cesar’s Scoutmaster Jesus Mata died at the hands of the Japanese military during WWII. Scouting returned to the Philippines after being liberated by the Americans in 1945, Cesar took over as Scoutmaster of Troop 61 and changed its number into Troop 1 Holy Ghost Church, Manila Council, serving 50 years as Scoutmaster from 1945 to 1994. 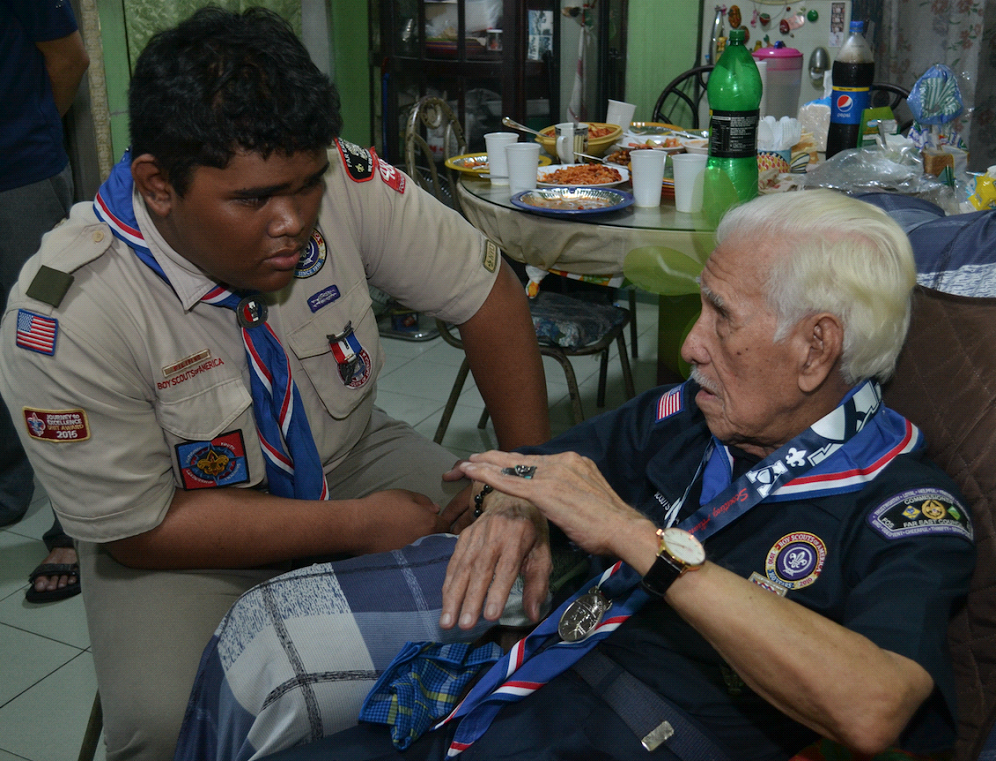 Cesar did not stop wearing his scout uniform, at age of 95, he’s still has a sharp memory of all the great things he did experience as a Scout and Scouter over the past 80+ years of his service to the youth. Cesar has a life membership at the National Eagle Scout Association and has received the Scoutmaster Award of Merit.

Over the last 8 decades in Scouting, Cesar has amassed numerous awards and recognitions from both the Boy Scouts of the Philippines and the Boy Scouts of America, one being the Lifetime Achievement Award granted by the Boy Scouts of the Philippines in 2018. Cesar returned as a registered leader in BSA for 5 years in Utah at the Great Salt Lake Council from 1994 – 1999 as a member of the Council Committee. Cesar was born on February 20, 1924, the war has abrupted in finishing his study at Arellano High School in Manila.  During the war Cesar was part of the guerilla unit called “Bato-Balani” and was later worked at the US Army 5th Field Hospital on their laboratory as statistical clerk during the Battle of Manila. At the end of the war, Cesar continued his studies and was able to finish his Bachelor of Fine Arts class of 1950 at University of Santo Tomas (UST). Eventually he became a Office and Personnel Manager in 3 famous glass companies in the Philippines most of his life until he retired in the 1995. Cesar is currently enjoying his retirement, spending time with his family and enjoying his favorite TV series such as the Walking Dead, Titans, American Ninja and NBA just to name a few.  Today he wears the uniform of the BSA Sea Scouts, as he mentors the leaders and scouts in the newly formed Ship 150, Manila, in the Far East Council, BSA. 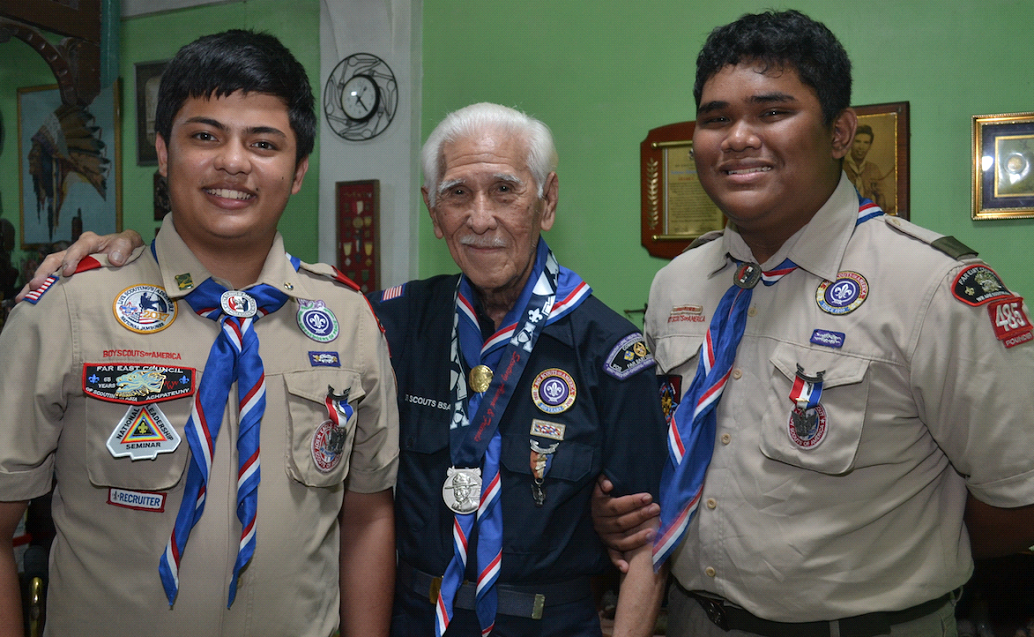